Steve Sweeney, comedian, actor, producer, writer, and key figure in Boston’s cultural landscape, headlines in his much acclaimed one-man-show, “Townie,” where he employs observational humor and imagery to transport audiences back to his hard-nosed childhood in Charlestown, Mass. – and later survived the raucous ’60s and ’70s – as he builds an entertainment career and searches for life’s deeper meaning.

From countless acting roles and appearances in films such as “The Equalizer,” “Next Stop Wonderland,” and Farrelly Brothers movies, to being a featured guest on “Late Night with David Letterman,” shows by Joe Rogan and Bill Burr, and on Comedy Central. He has hosted radio shows on WZLX and WATD, and starred in a Boston-based sitcom, as well as appearing in thousands of live performances in America’s top comedy venues. Sweeney has a proven gift for pleasing audiences of all ages and backgrounds and creating a following that keeps coming back for more.

Theater-goers and critics alike have raved about “Townie” since its sold-out debut at The Cabot in Beverly in 2016. Since then, “Townie” has continued to regale packed audiences around New England, including at the Mass Arts Center. “Steve Sweeney: Townie” is a once-in-a-lifetime experience. Get your tickets early while seats are available. The performance is indoors on the theater’s Reservoir Stage. 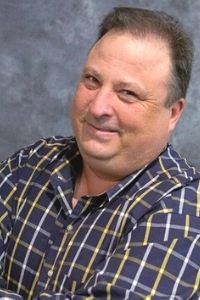 Appearing with Steve will be Jim Ruberti, a Boston comedian and actor who has been entertaining people for well over 30 years, starting as a child in the theaters of Cape Cod, performing with Broadway actors such as John Raitt or Theordore Bikel, and progressing into roles as an adult at venues like the Barnstable Comedy Club. He has been a comic fundraising auctioneer and event host for more than 15 years, and a stand-up comedian working stages around New England. As a stand-up, he’s shared the stage with Boston headliners such as Lenny Clarke, Steve Sweeney, Paul Nardizzi, Christine Hurley, Jimmy Dunn, Mike McDonald, Dave Rattigan and Steve Bjork. He’s also a host of Soccerheads New England, a popular podcast that combines humor and news from the world of soccer in New England and around the world.

The show is presented by the Mass Arts Center with Scamp Comedy Productions. Tickets are $25.

(Directly across from the Xfinity Center)

On Tuesday Sept. 6, the Academy at the Mass Arts Center will host an open house that will give new and returning families the chance to meet with the faculty, tour our newly renovated facility, discuss the curriculum, and register for their preferred classes! We will also be facilitating free performance lessons, ending with a showcase performance by Academy students.

** Class size in free workshops is limited. Students registering in the free trial classes are required to register ahead of time by emailing Director of Education, Dori Bryan-Ployer @  dori@massartscenter.org

1.) Click https://dancestudio-pro.com/online/mmas_academy.
2.) Create an account.
3.) Fill out all info including your date of birth.
4.) For adult classes, select that you are registering for yourself.
5.) Select your class or classes of choice.
6.) Choose *autopay IF you would like your payments divided equally over the course of your study period. Note that autopay incurs a per payment 2.75% convenience fee. (Tuition will automatically default to full payment if you do not select autopay.)

Thank you for choosing The Academy at the Mass Arts Center.

“Changing lives through the arts. One student at a time.”

How do you access the stream to view the show?

You can access a stream by using the following steps:

1.) Point your mobile camera at the QR code on the ticket and click on the notifications that appears.

2.) Open this PDF in a PDF application and click the word “HERE.”